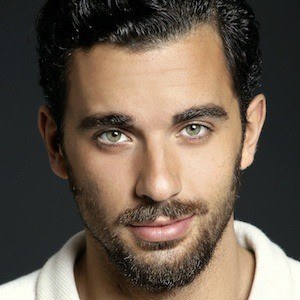 Actor and model who rocketed to fame after he took third place in the 2014 Mister World competition. As a seasoned actor, he has been a regular face in television series like La Tempestad, Qué pobres tan ricos, and Muchacha italiana viene a casarse.

As a baby, he snagged a small role in the soap opera Muchachitas. Then, at thirteen, he began modeling in Cancún. He eventually ended up attending Televisa's acting school Centro de Educación Artística.

Outside of modeling and acting, he also hosts the live teen series Zona Trendy México.

He has a brother named Luis Rodrigo. He and actress Natasha Dupeyron began a relationship in 2012 after they were introduced through mutual friends. The couple split in 2015.

He was cast alongside Jorge Salinas and Marlene Favela in the 2015 telenoveal remake of Pasión y poder.