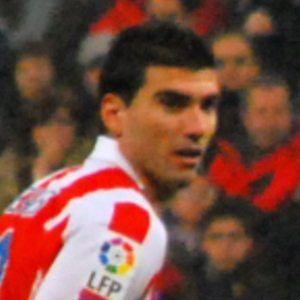 Former left wing and forward who played for such teams as Arsenal FC, Real Madrid and Benfica. In 2019, he joined Extremadura UD and played nine matches before tragically passing away in a car crash.

He joined Sevilla F.C.'s youth division at the age of 10.

He was selected to play for Spain's national team during the 2006 World Cup.

He is the son of Francisco Reyes and Mari Calderón. He married Noelia López in 2017; they had two daughters named Noelia and Triana together. He also had a son named José Antonio Jr. from a previous relationship.

Both he and Per Mertesacker have played for Arsenal.

José Antonio Reyes Is A Member Of