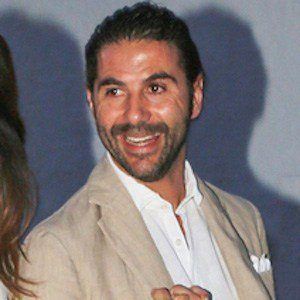 Businessman known for being the president of Televisa. In 2016, he married TV actress Eva Longoria.

He joined the board of Televisa in 1998. He and Longoria started dating in 2013.

He proposed to Longoria in 2015 in Dubai while they were traveling for the Global Gift Foundation.

His full name is Jose Antonio Baston Patino, although he often goes by the name "Pepe." He and Eva welcomed a son named Santiago in 2018.

Prior to her marriage to Baston, Longoria was married to Tony Parker.

José Antonio Bastón Is A Member Of