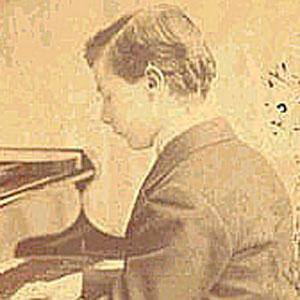 Child prodigy, educator, and inventor who was considered the greatest pianist of his day until alcoholism wreaked havoc on his talents.

He was compared to Mozart and Mendelssohn after giving critically acclaimed concerts in Europe, Scandinavia, and the United States during the late 1880s.

He released well over 100 compositions under the pseudonym Michel Dvorsky. He was also an inventor with more than 70 patents to his name, including pneumatic shock absorbers for cars and airplanes.

He was born to musical parents: his mother, Matylda Pindelska, was a singer, while his father, Kazimierz Hofmann, was a composer, conductor, and pianist.

He was declared "an unprecedented talent" by Anton Rubinstein after the composer heard him perform Beethoven's C minor Piano Concerto at the age of seven.

Josef Hofmann Is A Member Of