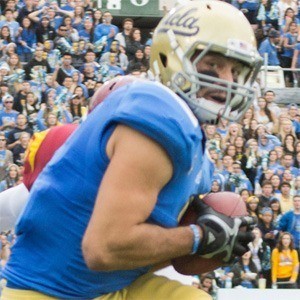 Tight end who scored 7 touchdowns during his rookie season with the Detroit Lions in 2013.

He was named the 7th best tight end in the nation after being a standout at Crespi Carmelite High School.

He transferred to UCLA after being suspended from playing at Notre Dame.

His uncle Christian played in the NFL. He has a sister named Julie.

He received his first professional touchdown from a Matthew Stafford pass during game 1 of the 2013 regular season.

Joseph Fauria Is A Member Of