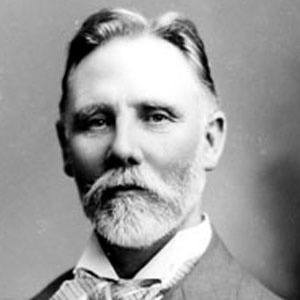 Designed such projects as the Carlton Hotel and Mona Vale Homestead, among others. Thirteen of his structures were part of the New Zealand Historic Places Trust, but many of them were destroyed in the 2011 Christchurch earthquake.

He started studying Architecture at 17, training under the great George Morris at the National Art Training School. His first office was on Cashel Street in New Zealand, but he soon relocated to Hereford Street, where he remained from 1878 until 1916.

He was named a Fellow of the Royal Institute of British Architects in 1887.

He was born in Greenwich, England, to beer merchant John Maddison and Matilda Clarkson. His education was carried out in private schools.

He and I.M. Pei were among the world's most gifted and well-respected architects.

Joseph Clarkson Maddison Is A Member Of