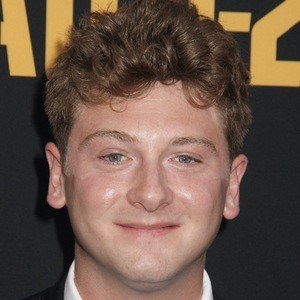 Named by IMDB as a rising British teenage star in 2012, this actor became well known for his role as Robbie in the award-winning film The Be All and End All, and for his role as Pete Shotton in the BAFTA nominated film Nowhere Boy. On television, he is notable for roles in Last Tango in Halifax and Benidorm.

He was 12 years old when he began his acting career. He was featured in a stage production of Much Ado About Nothing.

He was cast as the eponymous Henry in ITV's Just Henry in 2011. He was featured in the music video for punk band The Targets' single "Mutual Feelings."

He starred alongside Aaron Johnson in Nowhere Boy.

Josh Bolt Is A Member Of