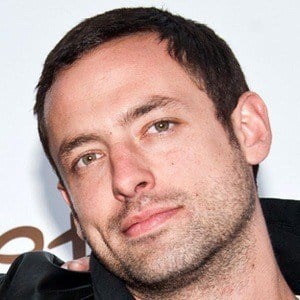 Guitarist, singer, producer and songwriter for the indie electronic rock band Phantogram, known for such songs as "When I'm Small," "Don't Move" and "Black Out Days." They released their debut album Eyelid Movies in 2009.

He was friends with vocalist Sarah Barthel for years before they formed Phantogram in 2007.

He has a brother and sister.

Phantogram collaborated with Big Boi on the 2015 album Big Grams.

Josh Carter Is A Member Of