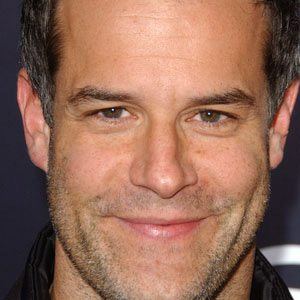 American film and television actor who appeared in J. Edgar, Must Love Dogs, and the TV series Monk. He also appeared in Kate and Leopold and The Photographer.

He graduated from the University of Wisconsin-Madison with degrees in Philosophy and Acting.

He was born in Washington, D.C. to a State Department employee father and a journalist mother.

He married fellow actor, Myndy Crist, with whom he had one child.

He played former U.S. Secretary of the Treasury, Salmon P. Chase, in the 2012 film Saving Lincoln.

Josh Stamberg Is A Member Of