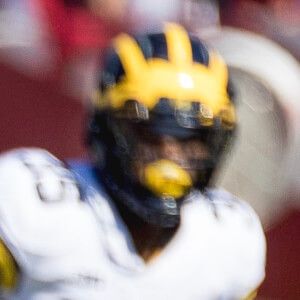 Linebacker for the New England Patriots who was a second-round pick in the 2020 NFL Draft. He was the 60th overall pick.

He played football for the University of Michigan.

After his junior year of college he was named to the 2019 All-Big Ten defensive second-team. He decided to forgo his final college season for the NFL Draft.

He was born in Florida. Both of his parents are Nigerian.

He and NFL star Tom Brady both played for the University of Michigan.

Josh Uche Is A Member Of