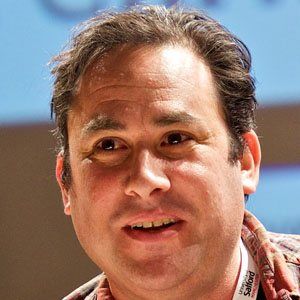 TV writer and producer best known as a longtime writer and showrunner for "The Simpsons." He has also written and produced other animated series like "Mission Hill" and "Futurama."

He served as editor-in-chief of the Stanford Chaparral during his time at Stanford University.

He won three Primetime Emmy Awards for his work on The Simpsons as well as a Peabody Award.

He married Cosmopolitan editor Lisa Simmons in 1995. They have children named Simon and Molly.

He worked with writer David X. Cohen in his days as a showrunner for "The Simpsons."

Josh Weinstein Is A Member Of