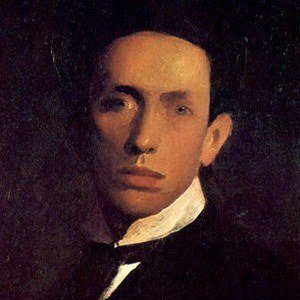 One of the founders of modern Croatian art. He belonged to an influential group of artists known as the Munich Four.

He studied lithography before attending the Academy of Fine Arts in Munich. He also studied at Slovene painter and teacher Anton Ažbe's school.

He was known for his oil and watercolor paintings portraying Parisian bridges, avenues, and parks.

He tragically committed suicide when he was only twenty-three years old.

He was influenced by the work of Edouard Manet.

Josip Racic Is A Member Of