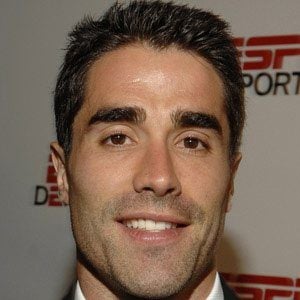 Forward who played for the Colombian national team from 1995 to 2005. He began his second stint with Atletico Nacional in 2013 after spending five years in the MLS with the New York Red Bulls, Los Angeles Galaxy, and Chivas USA.

He debut professionally for Atletico Nacional in 1993 and spent his first four seasons with the team.

He raised a son with his wife María Paula Ángel.

He played alongside Carlos "El Pibe" Valderrama on the Colombian national team from 1995 to 1998.

Juan Pablo Ángel Is A Member Of