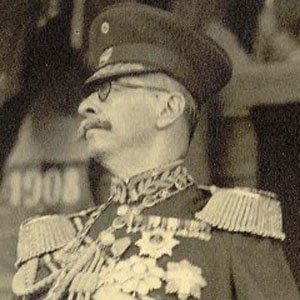 He worked as a cattle herder in his early life and joined the private army of Venezuelan leader Cipriano Castro in 1899.

Despite his reputation as a tyrant, he was credited with enriching the country's economy and social structure following the discovery of oil.

He never married, but he had two notable mistresses and fathered as many as eighty children.

Juan Vicente Gómez Is A Member Of