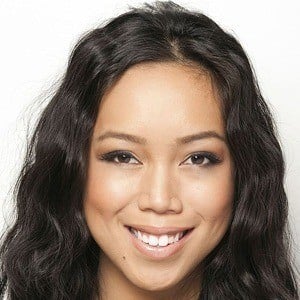 Member of the million subscriber club on YouTube who is best known for her channel itsjudytime. She is a beauty guru who posts about "First Impressions" of new beauty products and creates tutorials. She also started the JMK Collection, a home and fashion company for women, and was inspired to do so because of her daughters.

She was studying at the University of Washington when she posted a how-to hair video on YouTube. She started creating more videos due to popular demand.

She has two other channels, one of which is video blog channel and the other is a Spanish language beauty channel. She is friends with Anna Saccone-Joly, and both Anna and her husband Jonathan Saccone-Joly have appeared in Judy's videos. One of her most viewed videos featured her trying on purple cheetah patterned lip tattoos.

She has four children, Julianna, Miyako, Keira and Leah with her husband Benji Travis. In November the couple announced that they were expecting their fifth daughter together. Isabella was born in May 2022.

A couple of her most popular videos are tutorials based on Selena Gomez's looks in her music videos.

Judy Travis Is A Member Of