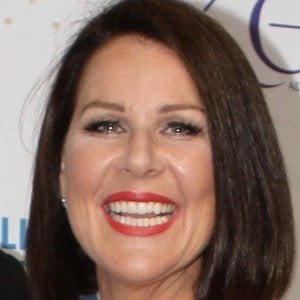 Stand-up comedienne who appeared on the TV sketch show Full Frontal and starred in Nine Network's House Husbands. In 2013 she became the new host of television talent show, Australia's Got Talent, and later hosted I'm a Celebrity...Get Me Out of Here in 2018.

She made her first TV appearance at age 17 on the talent show New Faces, performing a Bonnie Tyler song.

In 2011 she won the The Celebrity Apprentice Australia series, and in April 2012, the same month her show House Husbands was renewed.

Her husband bought her a Lady of the Manor of Gosforth title online, and after that she began referring to herself as Lady Julia Morris. She has two daughters, Sophie and Ruby.

She competed against model Jesinta Campbell on the 2011 series of The Celebrity Apprentice Australia.

Julia Morris Is A Member Of