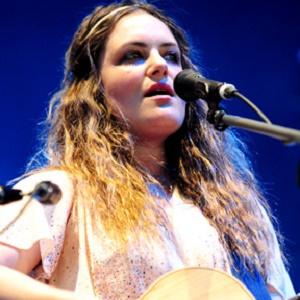 One-half of the Australian brother-sister folk blues duo, Angus & Julia Stone. She has also found success with her solo career, releasing a #11 charting album called By The Horns in 2012.

Inspired by her brother's prodigious musical talent, she began writing songs and the two began performing together at open mic nights.

Angus & Julia Stone's first album charted on the ARIA top 100, and the second one went to #1, and was certified multi-Platinum a year after its release.

She and her brother grew up in Sydney, two of four children of folk musicians John and Kim Stone.

Outside of the group, she performed with Alex Ebert of Edward Sharpe and the Magnetic Zeros at a concert in Los Angeles.

Julia Stone Is A Member Of