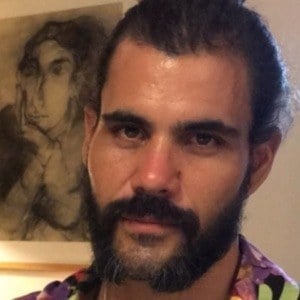 Brazilian actor who's known for his work as Iremar in the 2015 film Neon Bull. He also appeared in TV series Brazil Avenue, Trail of Lies, and The Other Side of Paradise.

He graduated in Dramatic Arts from the University of Brasilia.

He published his first poetry book Pelas Janelas in 2012.

His parents are Lourenço and Maria Luisa Cazarré. He has two siblings, Érico and Marieta. He was married to Leticía Bastos from 2000-2013 and had two children, Inacio and Vicente.

He played Oto in the 2018 film The Great Mystical Circus starring Vincent Cassel and Mariana Ximenes.

Juliano Cazarré Is A Member Of