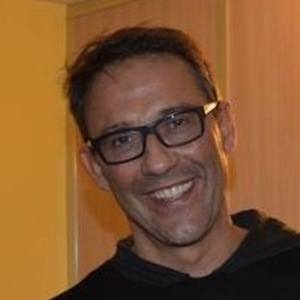 French journalist and television presenter who is best known for his work as host of the series Sans Aucun Doute as well as Ca Peut Vous Arriver. He later on became known for his work on the game show series Le 4e Duel on the France 2 network.

He graduated from the IUT Techniques de Commercialisation at the University Bordeaux IV in Journalism. His career as a presenter began in radio in 1986 on France 3 Aquitaine. After working as a columnist for Sacree Soiree, he went on to start presenting on television in 1994 on the series Sans Aucun Doute.

He made national headlines in The Huffington Post, Pure People, and other news outlets for his switch from the RTL network to M6 when he chose to host the series Capital for the network.

He was born and raised in Bordeaux, Gironde, France. He married Catherine Courbet in July of 1998 and together they have a daughter named Lola and a son named Gabin.

He hosted the series Voisins vont-ils se mettre d'accord with Henri Leconte in 2010 on the TF1 network.

Julien Courbet Is A Member Of