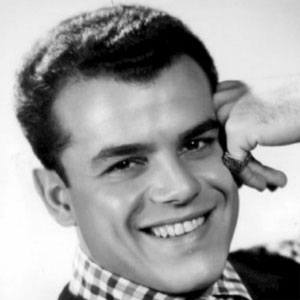 After graduating from high school, he joined the United States Navy and performed with the military choir. One of his fellow Navy officers, George Andrews, was acquainted with television and radio host Arthur Godfrey and used the connection to help La Rosa begin his professional music career.

He also had a successful career as an actor, starring in the 1958 movie Let's Rock and appearing in episodes of The Honeymooners and Laverne & Shirley. In his fifties, he earned a Daytime Emmy nomination for his recurring role on NBC's Another World.

Born to an Italian-American family, he was raised in Brooklyn, New York.

He performed on Ed Sullivan's CBS variety program Toast of the Town.

Julius La Rosa Is A Member Of