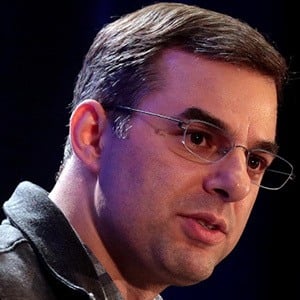 U.S. politician and American attorney who is known for his work as a republican member of congress, often with dissident views. He has also served as a a member of the Michigan House of Representatives. He is known for identifying as a libertarian Republican and is considering an Independent opposition run for President against Donald Trump during the 2020 election.

He was born and raised in Grand Rapids and married Kara Amash. Together they have three children.

He is known for having donated to and assisted with the campaigns of Ron Paul and John McCain.

Justin Amash Is A Member Of