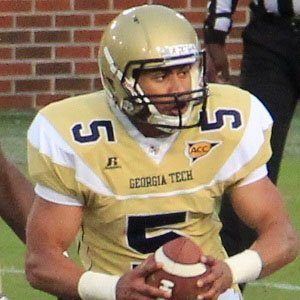 Became the starting quarterback for Georgia Tech in 2014. He helped the team win the Orange Bowl over Mississippi State, earning MVP honors for the game.

He played basketball, baseball and football at Prattville High School and was named a four-star football recruit by Rivals.com. He initially commit to the University of Alabama but switched to Georgia Tech when the latter school offered him a shot at playing quarterback.

He served as a backup to Vad Lee his freshman year in 2013, attempting just 17 passes.

He was born to Milton and Tanya Thomas and raised with three siblings, Blake, Krissy and Paige.

Justin Thomas Is A Member Of