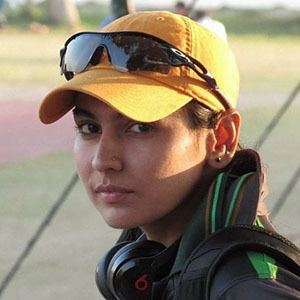 Right-handed all rounder who has represented Pakistan at tournaments like the 2017 Women's Cricket World Cup. She has been the captain of domestic clubs like Karachi Region, SINDH Team and Omar Associates Cricket Club.

She was educated at Hamdard Public School and the Aga Khan Higher Secondary School.

In 2010, she became the first Ismaili woman to win a gold medal in cricket at the Asian Games.

Both of her parents were athletic sport instructors.

She has played alongside Sana Mir on the Pakistani women's national team.

Kainat Imtiaz Is A Member Of