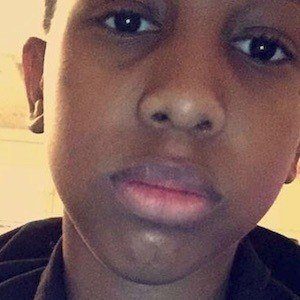 Talented dancer and tumbler who would become best known for TikTok content that featured videos of himself lip-syncing and/or showing off his dancing capabilities.

He trained as a dancer before TikTok was introduced. He earned his first dance scholarship and attended his first convention in November of 2016.

He earned the verification crown on TikTok.

He has one brother and one sister. He also has a cousin named Nalani who introduced him to dancing and tumbling.

He did a duet with Jojo Siwa on TikTok set to The Chainsmokers' song "Closer" featuring Halsey.

Kajae Simpson Is A Member Of