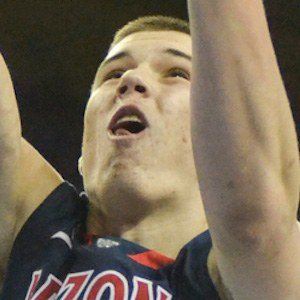 Center who is widely known for his tenure with the Arizona Wildcats basketball team. He was a four-year starter between 2012 and 2016, and led the team to an Elite 8 finish in the 2015 NCAA tournament.

He played high school basketball at St. Mark's School, where he became the #4 prospect in the country. He was a consensus 5-star recruit during his senior year.

He signed a professional, summer league contract with the Washington Wizards following the 2016 NBA Draft.

He was born and raised in Claremont, New Hampshire.

He played for Sean Miller during his time as the center for the Arizona Wildcats.

Kaleb Tarczewski Is A Member Of