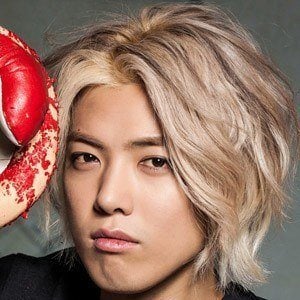 Pop music performer who rose to fame as a member of the South Korean hip-hop quartet Most Incredible Busters. He released his debut single, "Ready to Fly," as a solo artist in 2016.

He was born Yasuo Namekawa and briefly studied communications at Temple University in Philadelphia.

He guest starred in a 2015 episode of Running Man.

He appeared on the 2014 SBS series Pinocchio, which starred Lee Jong-suk.

Kangnam Is A Member Of