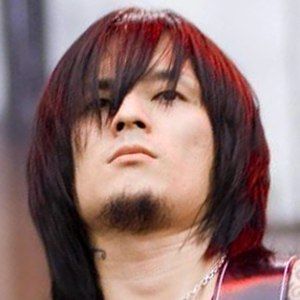 Japanese guitarist who has found fame as a longtime member of the visual kei metal band Dir En Grey. He is known for being the group's primary composer.

He has been endorsed by ESP Guitars and has used more than a dozen of the company's instruments.

He is joined by fellow guitarist Die in Dir En Grey.

Kaoru Is A Member Of