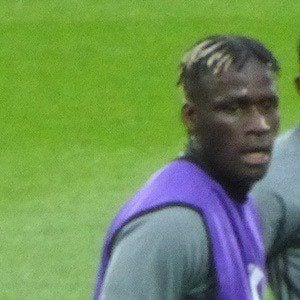 Senegalese professional football player who is best known for his work with the team R.S.C. Anderlecht where he can be seen playing a variety of defensive positions.

He first joined the Diambars academy at 15 years old. On 2 February 2010, he joined Tromsø IL team and two years later, he was a part of the Senegal selection for the 2012 Olympic Games. He was included in the Senegal national football team's squad for the 2015 Africa Cup of Nations after.

He was born and raised in Ndiass, Senegal.

As a member of the national team for Senegal, he plays alongside Cheikhou Kouyate and Moussa Sow.

Kara Mbodji Is A Member Of