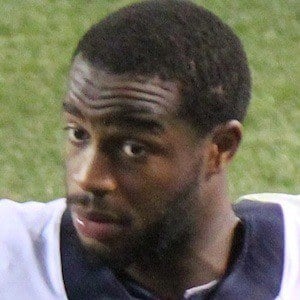 NFL cornerback who was a first-round draft pick of the Houston Texans in 2010. After his rookie contract ran out in 2014, he signed a four-year deal worth $20 million guaranteed to stay in Houston.

He played college football at the University of Alabama, where he helped the Tide win the 2009 BCS National Championship. He then declared for the NFL Draft.

After playing running back in high school, he spent a year at Fork Union Military Academy. He then enrolled to play at Alabama.

He grew up in Macon, Georgia.

He and Ben Tate were both selected by the Texans in 2010.

Kareem Jackson Is A Member Of