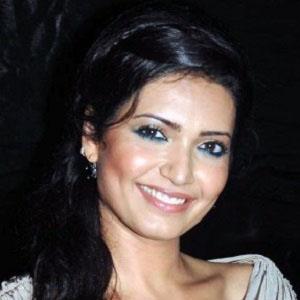 Indian actress known best for her role as Unatti in the 2013 Bollywood comedy Grand Masti. She also competed on the eighth season of the popular reality television show Bigg Boss. In 2017, she appeared as the love interest of Sanjay Dutt in the biopic Dutt.

Before beginning her acting and modeling careers, she studied at Mumbai's Sydenham College of Commerce & Economics. She began her rise to fame by playing the role of Indu on the Star Plus soap opera Kyunki Saas Bhi Kabhi Bahu Thi.

She acted in professional stage productions of Perfect Wedding (in 2006) and Knotty Affair (in 2007).

She was born and raised in Mumbai, India. She has been romantically linked to musician Bappa Lahiri, fashion model Hanif Hilal, and businessman Rushabh Choksi. She dated Upen Patel from 2014 to 2016.

In her first Bollywood film, Dosti: Friends Forever, she co-starred with Bobby Deol.

Karishma Tanna Is A Member Of