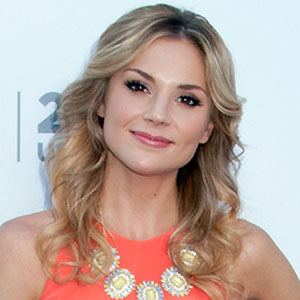 Best known for playing Paloma in the series Necessary Roughness and Victoria in the Canadian show What's Up Warthogs!, this television actress also became known as a beauty queen, winning the 2006 Miss Maine title and competing in the Miss America pageant.

In her early teens, she began performing in both community theater and professional theatrical productions in her home state of Maine. She made one of her first on-screen appearances in a 2009 comedy movie titled I Hope They Serve Beer in Hell.

A native of Portland, Maine, she later moved to New York City and then Los Angeles to pursue acting.  She's dating @jmattatkinson.

She and Canadian actress Ana Golja were both in the cast of What's Up Warthogs!

Karissa Staples Is A Member Of