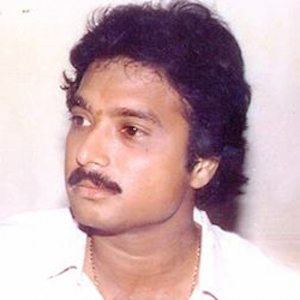 Indian actor, singer and politician who won four Filmfare Awards for Best Actor - Tamil. He's best known for his roles in films such as Agni Natchathiram, Varusham Padhinaaru, and Ponnumani.

He earned a Bachelor of Arts degree from New College, Chennai.

He joined politics in 2006 and was appointed as Secretary of the Tamil Nadu state unit of the All India Forward Bloc.

He was married to actress Ragini Nandwani in 1988; they have sons named Gautham and Ghayn. He later married Ragini's sister, Rathi, in 1992; they have a son named Thiran.

He played a small role in Mani Ratnam's film Raavanan.

Karthik Is A Member Of