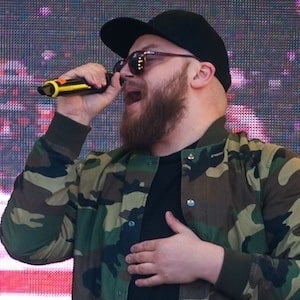 World music singer who was signed to Elements Music in February 2015. He released the single "Kaija" in 2017. He has more than 40,000 followers on his kasmirviralline Instagram account.

He was the lead singer of rock band Collarbone before breaking off and going solo.

He released his debut single "Vadelmavene" in April 2014. It reached all the way up to number one on the Finnish Singles Chart. His debut album AMK Dropout released in September of that same year.

He was pictured with his Labrador retriever in October 2017.

He and Saara Aalto are both world music singers from Finland.

Kasmir Is A Member Of