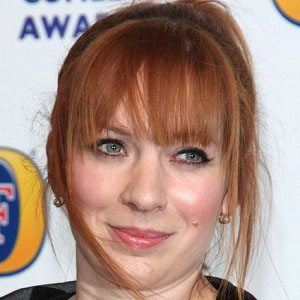 For her portrayal of Jen Barber on the British comedy program The IT Crowd, she won both a 2014 BAFTA Award and a 2009 British Comedy Award. She is also well known for her role as Pauline Lamb on Doc Martin.

She began her career as a radio and stage actress, contributing to programs such as A Certain Smile and The Odd Half Hour and performing in London productions of The Age of Consent and Camille.

After studying Classics at St. Hilda's College, Oxford, she trained at the London Academy of Music and Dramatic Art.

She grew up in London, England, as the daughter of Northern Irish-born historian A.F. Parkinson. She and her actor husband, Harry Peacock, welcomed their first child in 2012.

She and Kristin Scott Thomas performed together in a 2007 Royal Court Theatre production of the Chekhov play The Seagull.

Katherine Parkinson Is A Member Of