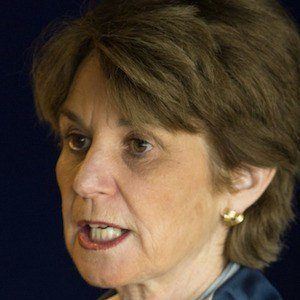 Attorney who was the sixth Lieutenant Governor of Maryland from 1995 to 2003. She is a member of the famous Kennedy family.

She worked as a Connecticut attorney after receiving her bachelor's degree in history and literature in 1974 from Radcliffe College and a law degree from the University of New Mexico School of Law.

In 1986 she became the first Kennedy to lose a general election when she ran for the U.S. House of Representatives in Maryland's strongly Republican second congressional district.

Her father was politician Robert F. Kennedy and she has four children with her husband David, who she married in 1973.

She was succeeded by Michael Steele as Lieutenant Governor of Maryland.

Kathleen Kennedy Townsend Is A Member Of