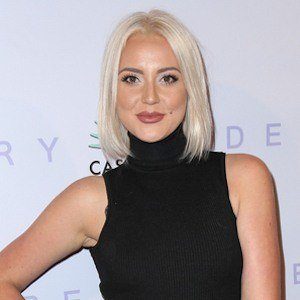 Singer who gained popularity with covers of songs like Robyn's "Indestructible" and Daft Punk's "Get Lucky" before releasing original songs like "Tan Lines" and "The Weight of It All." She previously performed in an urban burlesque group with Royce Reed of Basketball Wives fame.

She grew up in Fort Lauderdale, Florida before moving to Los Angeles, California. She attended the University of Central Florida.

She founded her own hair extension company called Secret Extensions.

She has a younger brother named Matt.

She has trained with Sisaundra Lewis from NBC's The Voice.

Katie Welch Is A Member Of