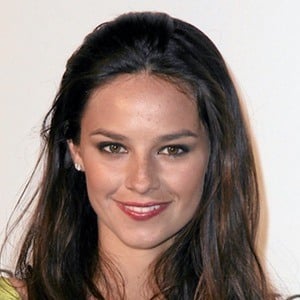 British film and television actress known for appearing in different Italian productions. She is most recognized for her recurring role as Giorgia in the television mini-series Follow Your Dreams as well as the character Giulia Farnese in the 2006 film The Borgia.

She attended the Bocconi's Business Administration Academy and made her acting debut in the 2002 film A Journey Called Love. She earned further recognition in 2004 when she starred in the film Tre metri sopra il cielo.

She is known for winning the Most Promising Actress award at the 2007 Toulouse Festival for her role in the film Los Borgia.

She was born and raised in London, England but split her time between Italy as well. At the age of fourteen, she moved to Milan with her family.

She starred alongside Maria Valverde and Paz Vega in the 2006 film Los Borgia.

Katy Louise Saunders Is A Member Of