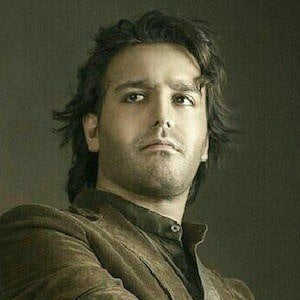 World music singer who started composing his own music at age 17, and released his first studio record Kavian at 21. He is best known for the music he produced with The Ways.

He started playing music and classical guitar at the age of 6.

He composed music for the 2010 Persian documentary Rock On. He has 100,000 followers on his kavehafagh Instagram account.

His parents are Mehdi Afagh and Hamideh Titkanlou.

He and Ebi are both Iranian world music singers.

Kaveh Afagh Is A Member Of