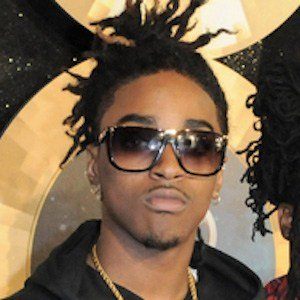 One member of the hip hop supergroup We Are Toonz which rocketed to fame in 2013 after the release of the viral single "Drop That #NaeNae." The song has inspired dance videos and parodies by celebrities and colleges.

Though "Drop That #NaeNae" was released in 2013, it first didn't gain much traction online. Now, however, the song has accumulated more than 20 million YouTube views.

The hit single "Drop That #NaeNae" was inspired by Martin Lawrence's character Sheneneh Jenkins from the 1990s sitcom Martin.

We Are Toonz collaborated with R&B singer Tyrese Gibson for Coca-Cola's Ahh Campaign.

Callamar Is A Member Of