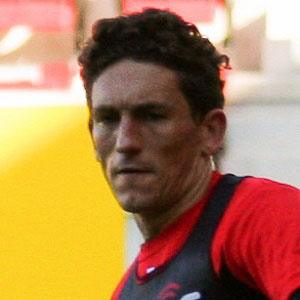 Irish defensive midfielder who made his professional debut for the League One Wolverhampton Wanderers in 1999 and became a member of Ireland's national team in 2008.

He began his youth career in 1997 with Stella Maris.

He played internationally for the Irish under-17 national team in 1996.

He grew up in Dublin, Ireland.

He played alongside Paul Ince and also for him when Ince managed Milton Keynes Dons.

Keith Andrews Is A Member Of