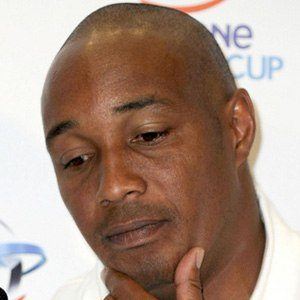 Midfielder who played for the English national team from 1992 to 2000. He won two Premier League titles as a midfielder with Manchester United in 1993 and 1994.

He began his professional career with West Ham United in 1986 after spending four years with the club's youth team.

He led Milto Keynes Dons to a Football League Trophy in 2008.

He was born in Ilford, London, England.

He was teammates with David Beckham on Manchester United from 1993 to 1995.

Paul Ince Is A Member Of