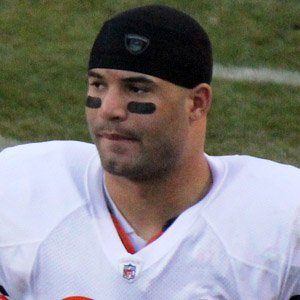 Tight end who made his NFL debut in 2008 for the Chicago Bears.

He played college football at Michigan State University, before being selected in the fifth round of the 2008 NFL draft.

In 2013 he joined the Seattle Seahawks, where he won Super Bowl XLVIII in his first season.

He was born and raised in Adrian, Michigan.

On September 20, 2009, he caught his first touchdown pass, from Jay Cutler.

Kellen Davis Is A Member Of