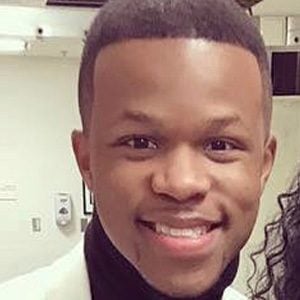 South Carolinian gospel singer who is known for songs like "No Ordinary Worship", "I Won't Complain" and "In This Room". He signed to Tyscot Records in 2016.

He gained fame in 2014 when a video of him singing "I Won't Complain" to a cafeteria worker at Summerville High School went viral.

His mother is Priscilla Smalls. He and Nieyana Dixon have been a couple.

On October 4, 2018, he posted a photo with Isaac Carree, stating how great it was to share the stage with him.

Kelontae Gavin Is A Member Of