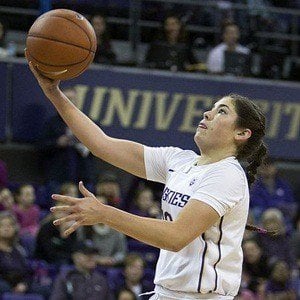 Her 57 point outburst on senior night helped her become the NCAA all-time women's basketball leading scorer with 3,397 points. She also broke the NCAA records for points in a single season (1,080) that year.

Her parents are Katie and Jim Plum. Her mom was volleyball player at UC Davis and her father played baseball and football at San Diego State. She has two older sisters who also played volleyball.

She passed Chiney Ogwumike in the Pac-12 record books for all-time leading scorer.

Kelsey Plum Is A Member Of