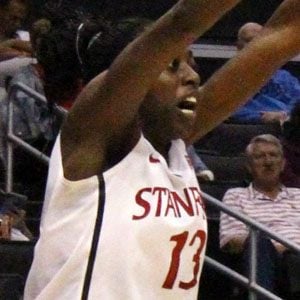 Women's basketball player who made her WNBA debut with the Connecticut Sun in 2014, becoming an All-Star and winning Rookie of the Year honors in the process. She previously attended Stanford University, where she set a school record for rebounds.

She won 5A State Championships during her sophomore and senior seasons at Cypress Fairbanks High School.

She won a gold medal representing the United States at the World University Games in 2011.

She was teammates with her sister, Nneka Ogwumike, on Team U.S.A. at the World University Games.

She became teammates with Kelsey Griffin on the Connecticut Sun in 2014.

Chiney Ogwumike Is A Member Of