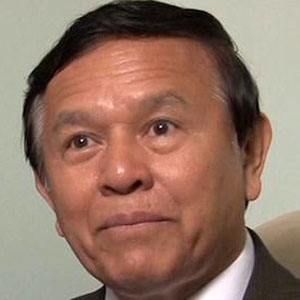 Politician and human rights activist who founded the Human Rights Party in Cambodia. He became the Vice President of the Cambodia National Rescue Party in 2012.

He earned a Master's degree in biochemistry as well as a law degree.

He was imprisoned for 17 days for displaying banners with the written concerns of cambodian people during Human Rights Day in 2005.

He married and had two daughters.

He was born in the same country as former Cambodian Prime Minister Pol Pot.

Kem Sokha Is A Member Of