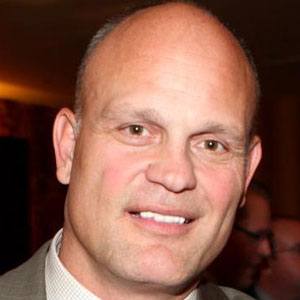 Defender who played for the New Jersey Devils, debuting in 1983, and retiring as the team's all-time games-played leader in 2003.

He was a successful player in the minors, which resulted in being selected 18th overall in the 1982 NHL draft.

He became known worldwide for his missing front teeth, which he lost when a puck hit him in the mouth.

He has two children: a daughter named Taylor Lyn, and a son named Shane.

He grew up in the same city as Mark Messier, and knew him as a child.

Ken Daneyko Is A Member Of