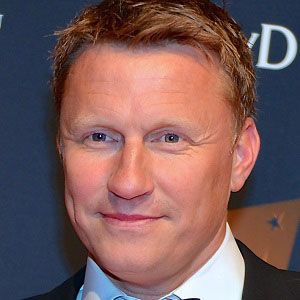 Swedish forward who was a key cog on the Swedish national team that finished third in the 1994 World Cup.

He began his professional career with Swedish team IFK Eskilstuna in 1985.

He won a Swedish Cup and Turkish Championship during his 20-year soccer career.

He married Martina Andersson in 1995.

He played alongside Henrik Larsson on the Swedish national team from 1993 to 2000.

Kennet Andersson Is A Member Of