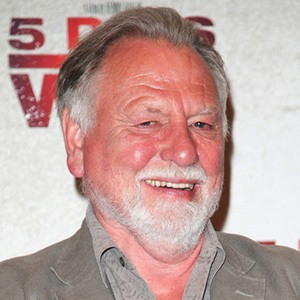 Scottish actor best recognized for his roles in film, television, and theatrical productions as well. He is known for having played James Reaper in the 2007 film Hot Fuzz as well as Wilhelm Keitel in the 2008 film Valkyrie.

He trained at the National Youth Theatre of Great Britain as well as RADA. His television debut came in 1967 when he starred in City '86. His feature film debut came in Oliver! in 1968.

He was born and raised in Dunfermline, Fife, Scotland. He married Fiona Victory and together they have a daughter named Kathleen.

He starred alongside Tom Cruise and Kenneth Branagh in the 2008 film Valkyrie.

Kenneth Cranham Is A Member Of