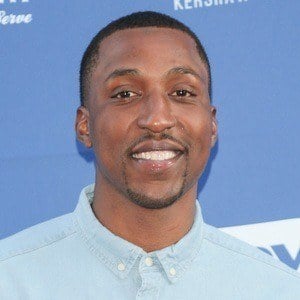 Shooting guard who made his NBA debut in 2013 for the Detroit Pistons. After four years in Detroit, he signed with the Los Angeles Lakers in 2017. He helped the Lakers win an NBA championship in 2020.

He attended the University of Georgia, where he was the SEC Player of the Year in 2013.

He was chosen eighth overall in the 2013 NBA Draft.

He was born in Thomaston, Georgia to Rhonda Caldwell and Lawrence Pope.

He was a McDonald's All-American in 2011, where he was teammates with Bradley Beal.

Kentavious Caldwell-Pope Is A Member Of